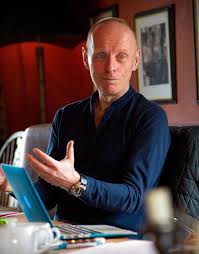 Chris Barrow has been a successful coach for over 20 years, focusing on the dental industry in the United Kingdom. He shares his secrets to running a successful coaching business on today’s Natural Born Coaches!

Chris had spent 25 years in the financial industry when he decided to become a coach in 1993.  Since he had a lot of dentists as clients in his previous business, he decided to focus on the dental industry with his coaching.

Despite being a coach for 21 years, Chris still does a lot of speaking to get clients and is always looking for new opportunities.  He recommends that coaches not take it easy, even after they’ve “made it”!

“The Time Trap” by Alec Mackenzie

“The 7 Habits of Highly Effective People” by Stephen Covey

“Getting Things Done” by David Allen

His company, 7connections, is starting to put more effort into their email marketing (using Infusionsoft)