Episode #18: Jeremy DeMerchant: A Coach Who Loves to Sell 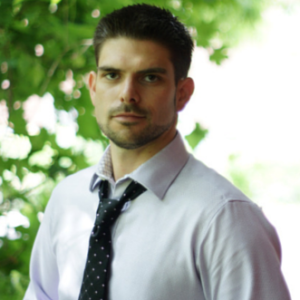 Jeremy DeMerchant took a lifelong passion for selling and over 15 years of sales experience and turned it into a sales training and coaching company based around his “Permission to Sell” system. He works with entrepreneurs who want to find a better way to sell their products/services and sell more of them!

While taking on the role of a sales coach for a previous employer, Jeremy realized that he really loved coaching people to improve their sales.  He launched his company, and his first client was his girlfriend, who owns her own wedding planning business.  Her sales immediately increased and he was off to the races!

Getting people to shift their mindset to being open to sales coaching, particularly in his local market where business owners tend to be more hesitant to getting sales help as opposed to larger markets.

Jeremy’s been defined as a “Talker” by people who know him, so he enjoys meeting people at networking events.  Rather than immediately trying to sell those prospects, he likes to get to know them first by asking them questions like what they do for a living and what their challenges are.  This starts the communication and relationship-building process!

“The Lean Startup” by Eric Ries

Jeremy is working on his first book, called “Permission to Sell” (after his selling system and his company).