Episode #129: Danny Flood: How to Buy Your Own Island! 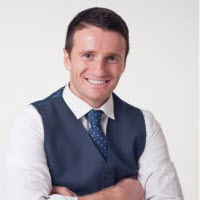 Danny Flood is the author of the new best-selling book “Buy Your Own Island”, which shows people how they can create location-independent businesses and live the life that they truly want.  A true digital nomad, Danny has spent the last 4 years travelling the world (he’s currently in Bali) and tells Coach Nation how easy it can be to do what he does.  He’s also giving a free audio version of his book to those who listen to this interview!

Danny wasn’t happy with his previous entrepreneurial life, and hated the typical business networking events that he was attending.  He met with his friend who had a “Bucket List” group, and did an exercise called “Dreamlining” which forced him out of his routine (and into a life of coaching while travelling the world).